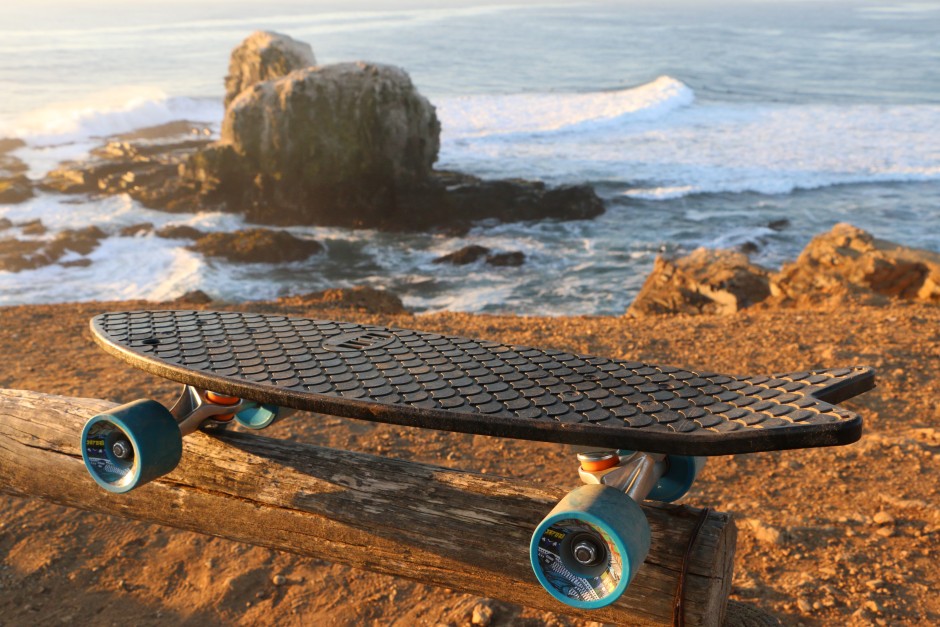 From waves to wheels.

Bureo is more than just a name; it’s a mission statement. Bureo, which means “waves” in the Chilean Mapuche language, is a company that hopes its small efforts in recycling the oceans’ pollutants can grow into a larger movement – just as a small disruption in the deep ocean manifests itself as a mighty wave crashing at the shore.

The amount of plastic in our oceans grows steadily every year, and the numbers are grim. According to a recent study, an estimated 8 million tons of plastic waste enters our oceans every year. Figures like this are difficult to visualize, but according to Jenna Jambeck, an assistant professor of environmental engineering at the University of Georgia, this volume is the same as “five plastic grocery bags filled with plastic for every foot of coastline in the world.” Truly staggering. And did you know that littered fishing nets comprise 10% of the oceans’ plastic pollution? 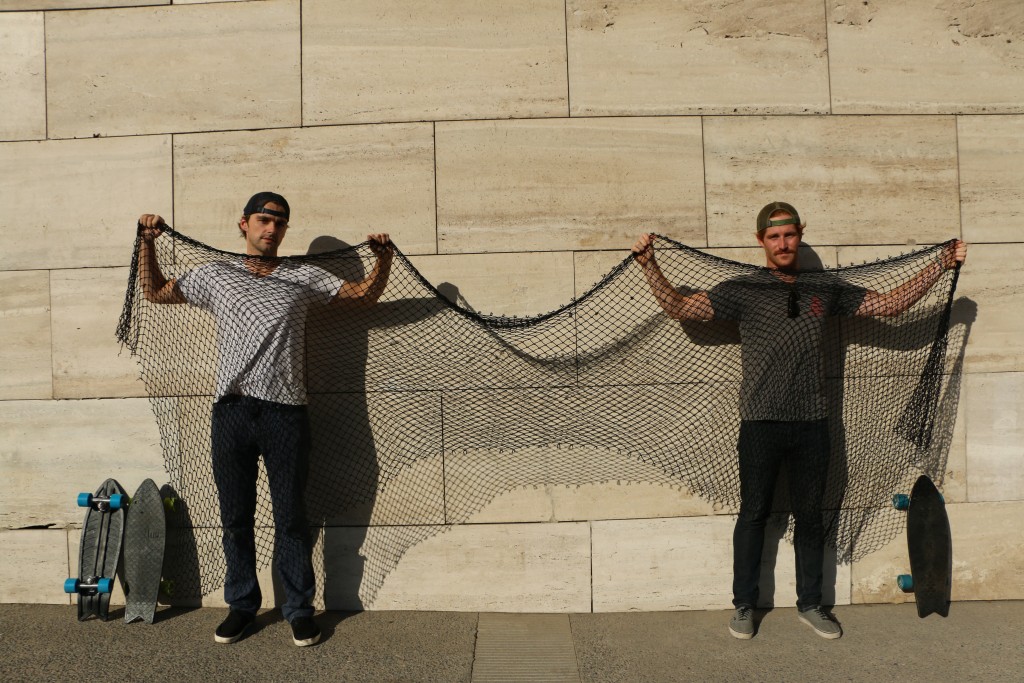 That brings us to why we love Bureo. The company’s founders have discovered a creative way to eliminate this significant portion of the oceans’ plastic waste by turning discarded fishing nets into something truly awesome: skateboards. 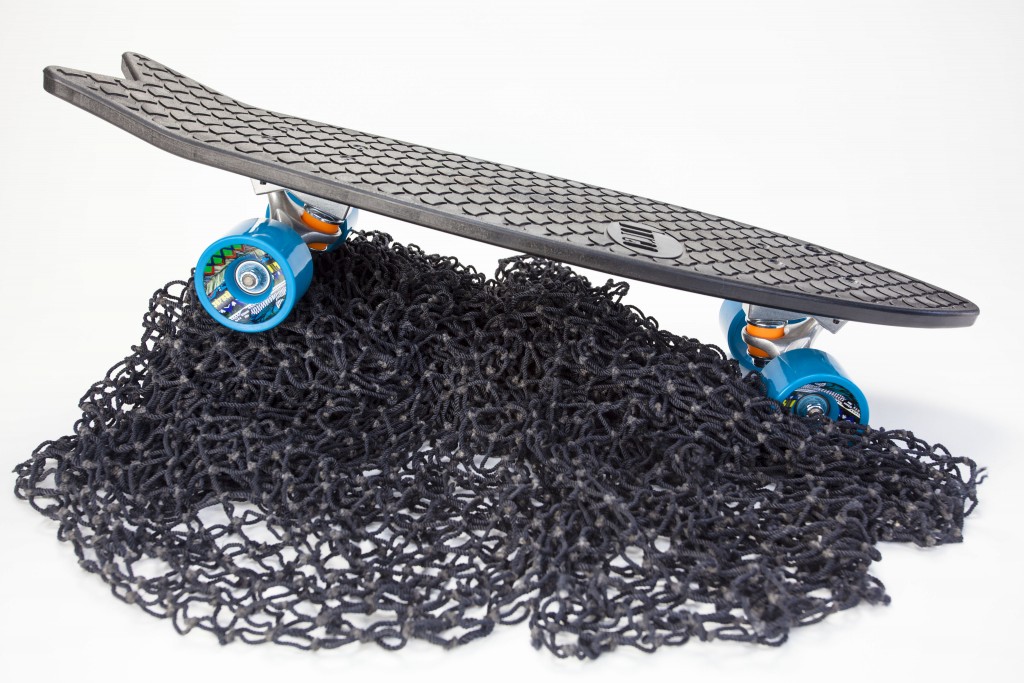 As discarded materials make their way to the Chilean coast, Bureo’s net collection program, Net Positiva, gathers the net waste, sorts it at its facility in Santiago, and repurposes it to create the company’s signature Minnow skateboards. Within the first six months of operation, Bureo collected over 3,000 kg of discarded fishing nets. That’s almost 7,000 lbs! Yup, that’s a lot of fishing net.

Bureo also has a strong commitment to education as its corporate mission. It works with schools and extracurricular programs to teach kids about the ocean and how precious it is to our planet. There isn’t anything more influential than enlightening tomorrow’s decision makers.

We absolutely adore Bureo’s initiative to clean up our oceans and we eagerly await to see what their nets catch next. 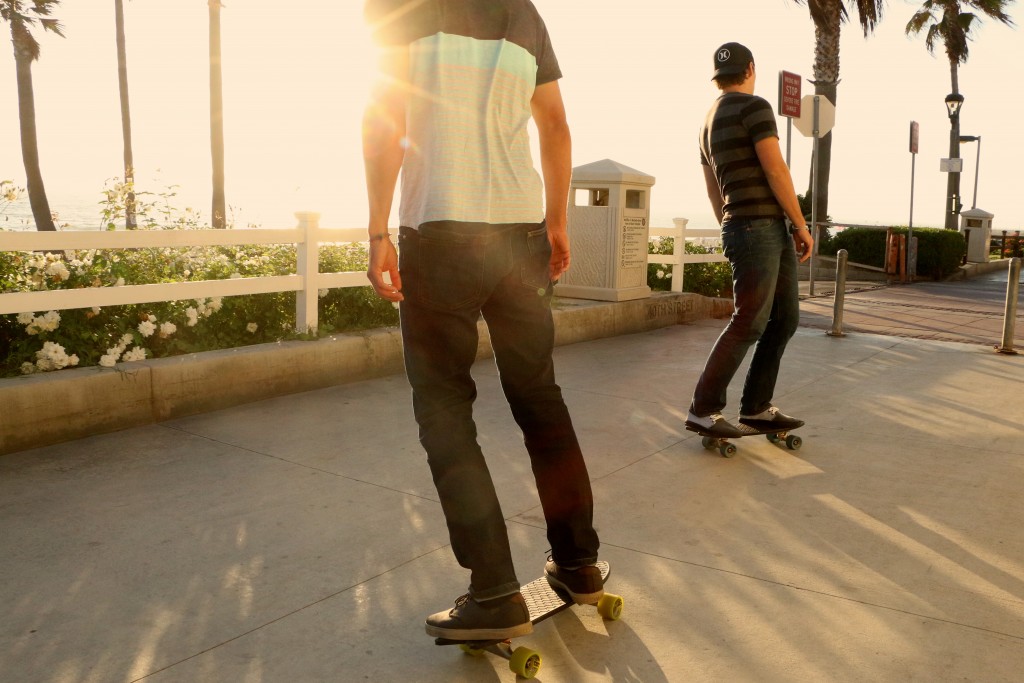 Give Magic With the Yes, I Am Coloring Book