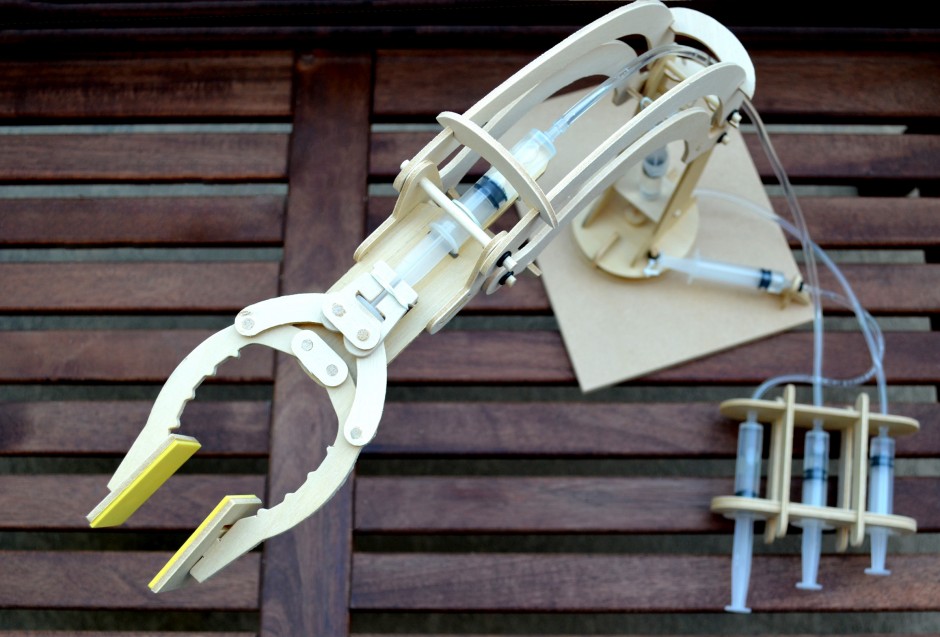 KIDOLO would like to introduce you to our beloved new team member, Pascal. By introducing you to Pascal we would also like to tell you a bit about his lineage.

Marbles: the Brain Store aims to create and showcase products that activate key brain functions in five distinct areas: critical thinking in the frontal lobe, word skills in the parietal lobe, visual perception in the occipital lobe, coordination in the cerebellum, and memory in the temporal lobe. Before a product is given the green light, neurologists, therapists, and scientists review its effectiveness with respect to all these brain processes. We love imagining an erudite neurologist having a jolly good time putting together DaVinci’s catapult or the Millennium Falcon.

Of the vast array of products featured at Marbles: the Brain Store, we figured the hydraulic robotic arm would be the most useful around the office. So we rolled up our sleeves and got to work. Word for the wise: creating your hydraulic robot will take a little bit of time, patience, and a snack break or two (which is even instructed in the directions), but you will be riveted by each step of the process as you see your robotic arm come to…er…life.

To animate the robotic arm, the pressurized transfer of fluids through a series of tubes and syringes controls the mobility of each component. This is known as hydraulics. Though the use of hydraulic energy can date back to ancient Greek and Roman civilizations, 17th century French physicist and mathematician Blaise Pascal shed new light on the science behind hydraulics, thus formulating Pascal’s law. So in honor of him, we have dubbed our little hydraulic robot, Pascal.

It was a triumphant and glorious moment the first time we made Pascal lower his arm, turn to the right, and open his gripper. The male influences at KIDOLO immediately began moving Pascal to “Goin Down for Real.” Who knew robotics and Flo Rida made such a dynamic duo?

The assembly of your hydraulic robotic arm will stimulate your brain and the bonds between you and your co-engineers. 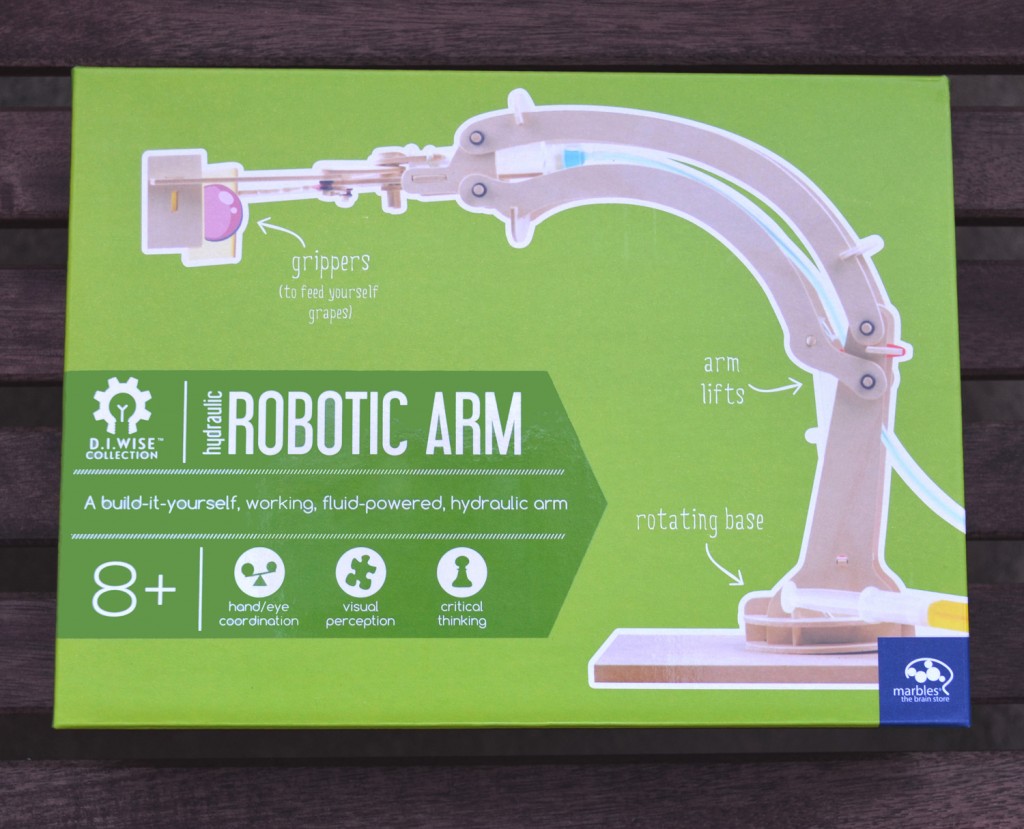 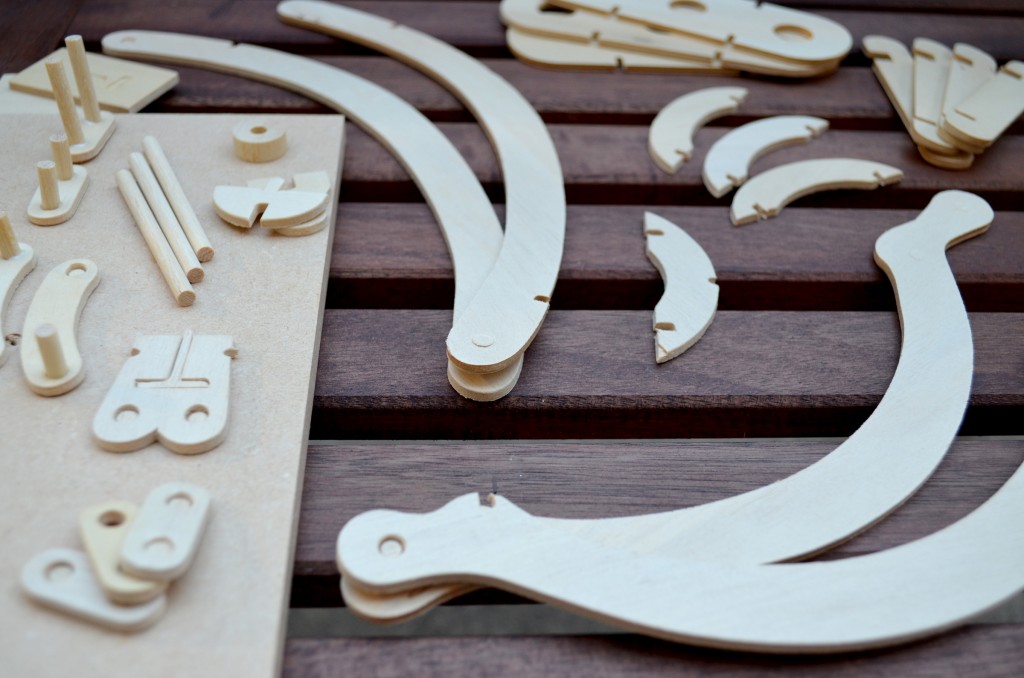 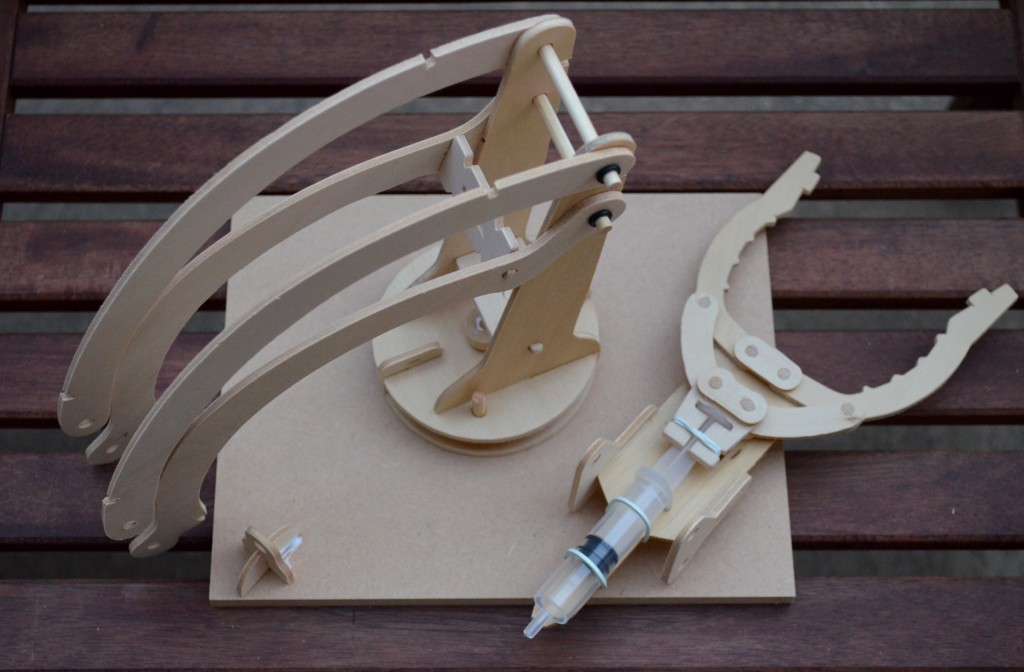