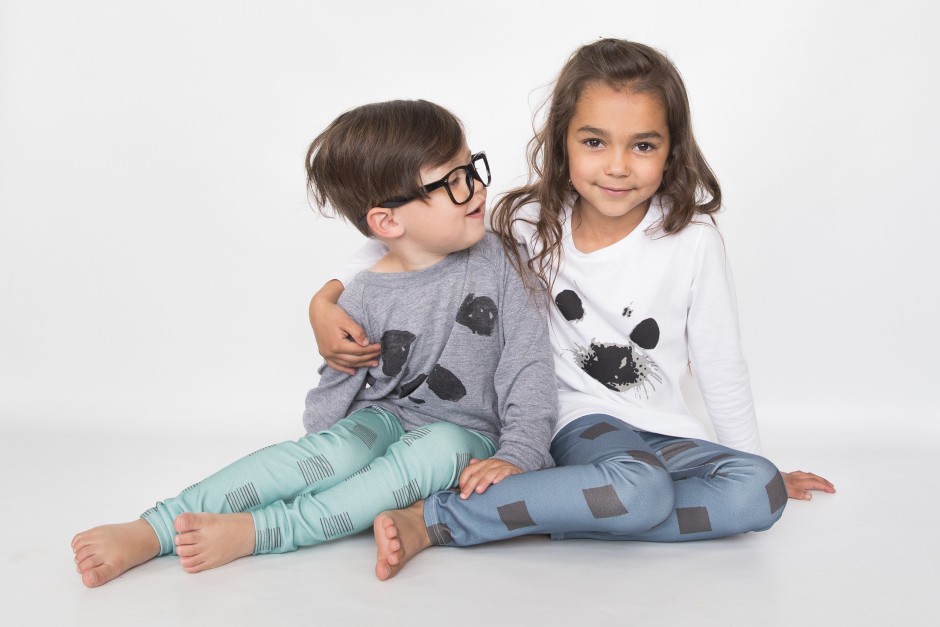 The recent trend of gender-neutral clothing is a trend we 100% endorse. There is a vast spectrum between frilly bows and butterflies and turbo trucks, just as there is a vast spectrum of kids in the world. But raise your hand if you’ve only found unisex kids’ clothing in black, white, or gray. If you’re sitting there with your hand in the air, then you’ve gotta check out this line of colorful gender-neutral clothes by Lot801.

Lot801 founder Lindsay White felt the need for gender-neutral clothing even when she was a child. As a girl, she hated shopping. Not because she didn’t like clothes and fashion (early diaries actually reveal that Lindsay dreamed of being a fashion designer), but because she felt more intrigued by the shades of blues and greens in the boy’s section than the pinks and purples in the girl’s. This childhood observation stayed with her through adulthood. When she had a daughter of her own, she never wanted her to feel she could only shop in a certain department. 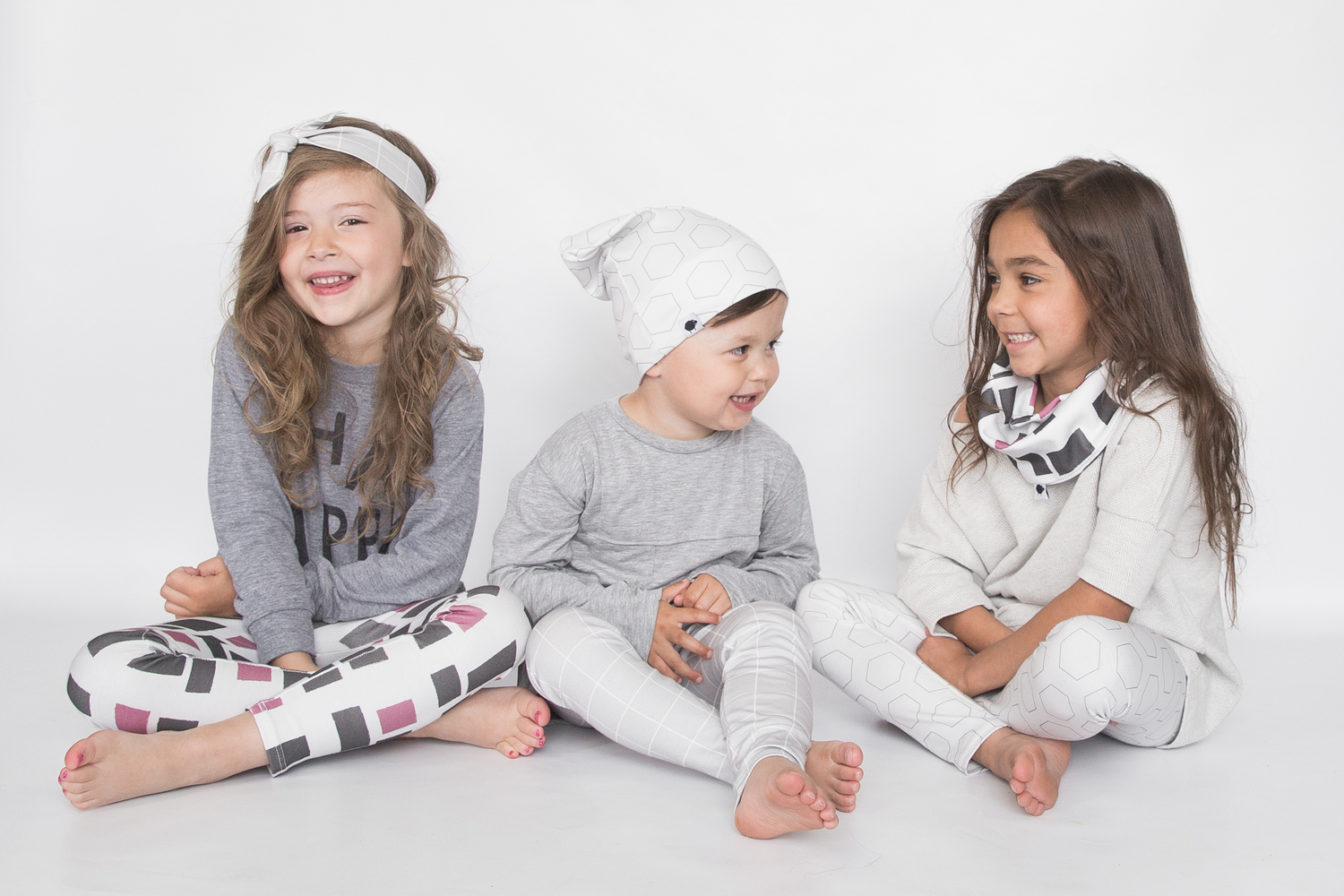 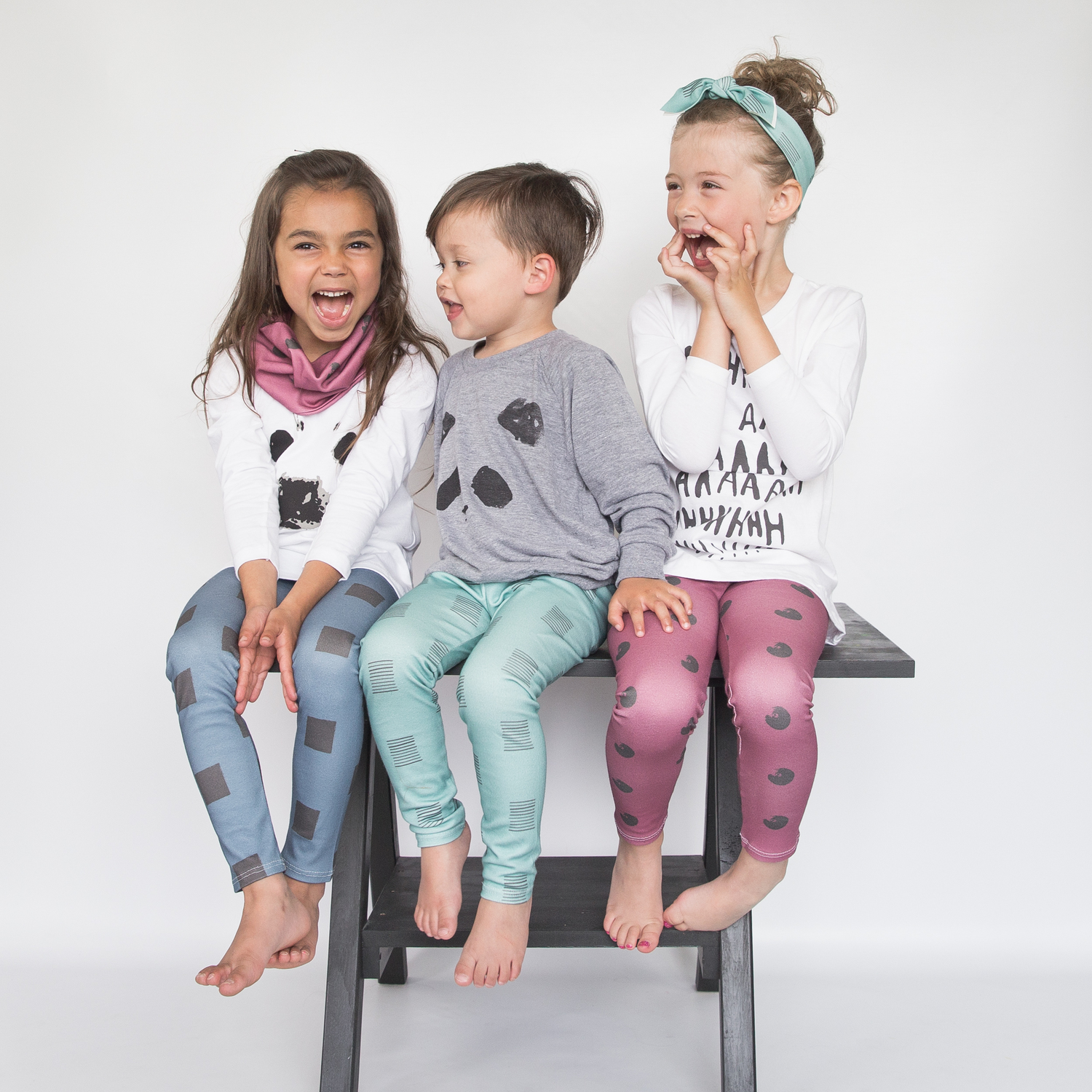 Lot801’s autumn and winter collection, Sit By Me, is a celebration of acceptance and friendship. On her daughter’s first day of pre-school, Lindsay was deeply touched by a conversation she overheard between her daughter and two classmates.  While sitting alone, her daughter said to two girls walking by, “Hi! Come sit by me!” Her eagerness to form friendships with new people inspired Lindsay to manifest this kind gesture into a mantra for kids.

A conversation about kindness and friendship between a parent and a child doesn’t have to be formal to be impactful. It can happen even while getting ready in the morning. When kids choose their geometric leggings or scarves by Lot801, it’s an opportunity for parents to inform them that these clothes were made for caring kids. They were made for kids who invite everyone to play – for kids who say, “come sit by me.”